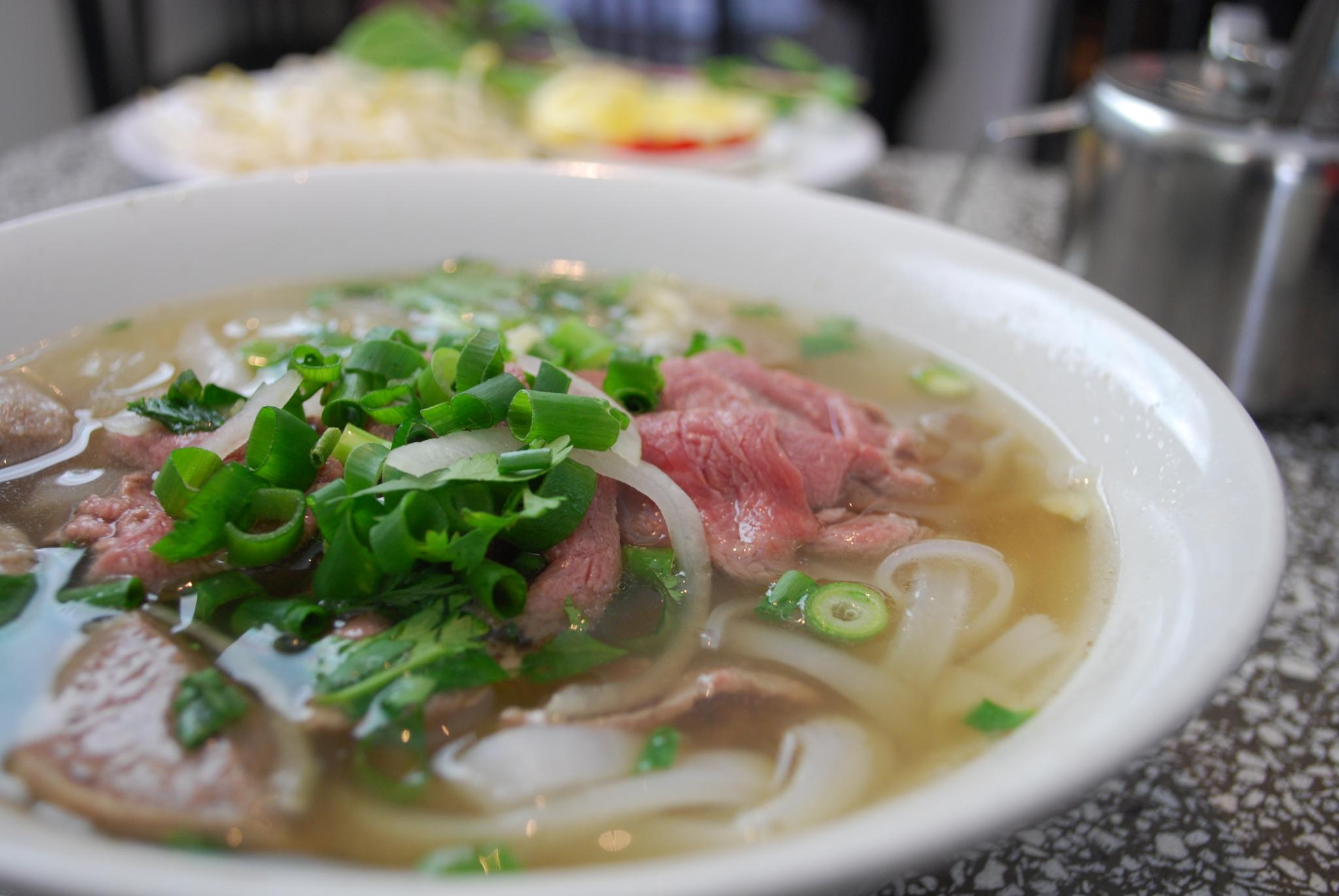 So, we may have seen them scattered around our local food districts as Pho 99, Pho 2, Pho 134, but what is all the craze about? Pho, by definition is a meat broth based soup with flat rice noodles, vegetables, bean sprouts, and hot peppers. The spices can vary from coriander, cloves, star anise, and fennel. As Vietnams unofficial national dish, this delicious soup has taken the world by storm. Traditionally, Pho (pronounced ‘fuh’) is made with beef bones, tendons, tripe, and the lesser quality cuts of meat. But due to its emergence in the United States and its ever-growing popularity, it is now commonly marinated with chicken bones and only lean pieces of meat are chosen. Also, the term Pho is actually referring to the noodle and not the soup. When you find yourself venturing into the vast world that is Pho, consider a few things. ‘Ga’ typically means that the dish contains chicken and ‘Bo’ means that the dish is prepared with beef. The secret to this soup is the broth. Many Vietnamese swear by the fact that the broth in pho is the most judged and most important part of the dish. It should be aromatic and should entice the palate before even taking your first bite. Many people may not be able to even pronounce Pho correctly but in Vietnam, Pho is an essential meal every single day. Some may be surprised to find in Vietnam, the dish is even served for breakfast. So next time you’re scrambling up some eggs before work, consider a savory bowl of Pho to start your day off!

Erin Mowry majored in Journalism and Media Communication with an emphasis in Public Relations while at University. Mowryloves to travel and experience food from around the world.